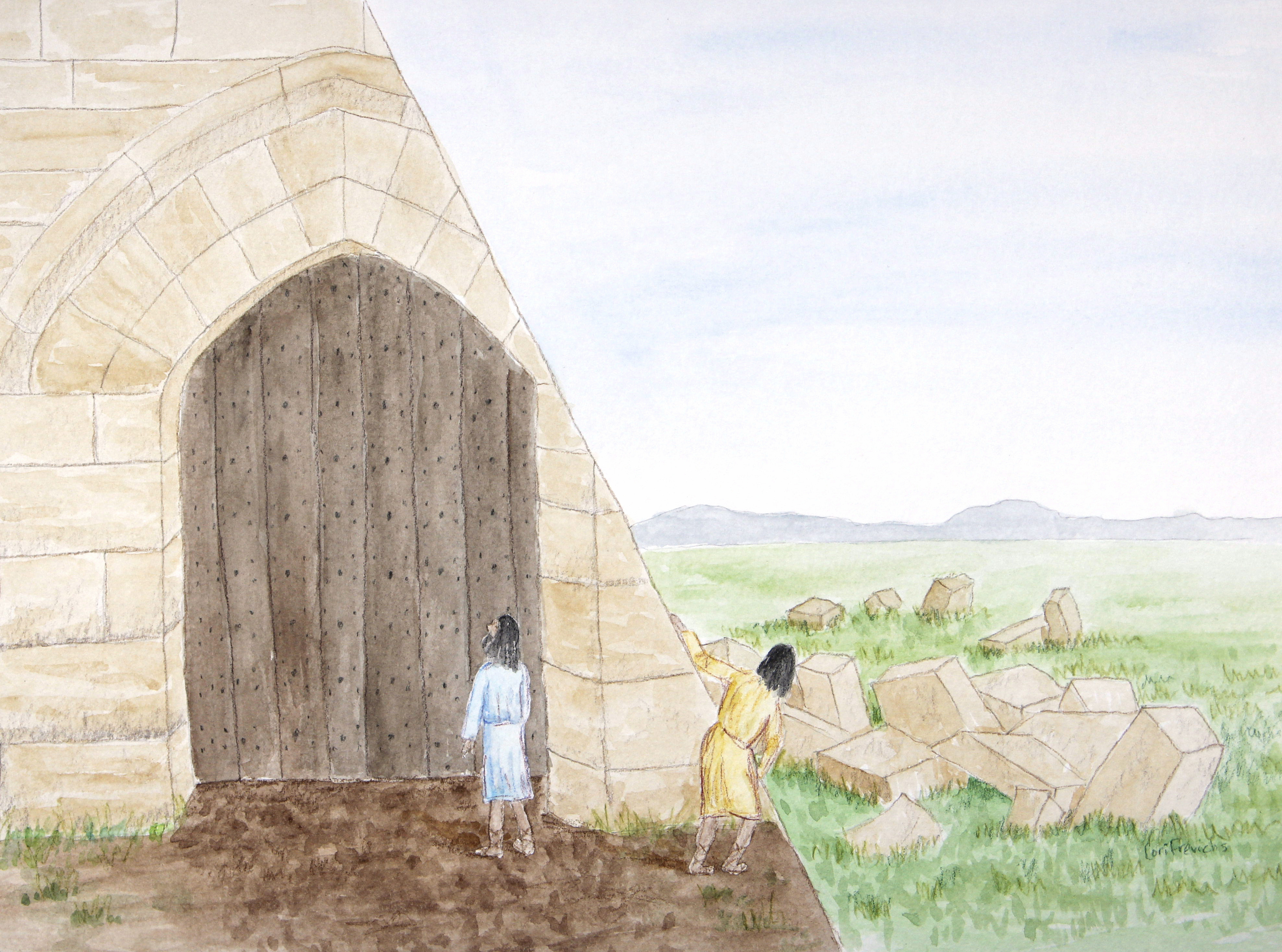 After some recent reading, I was reminded of the twelve spies in the Bible who were sent to look over the land of Canaan in Numbers 13:1-14:9. All twelve saw that the land was good, that the people were powerful, and that they lived in fortified cities.

Ten of them despaired of being able to take the land, but two believed what God had said. I wasn’t sure how big to make the men in the painting, but the spies felt like grasshoppers (Numbers 13:33), so maybe they are just right!

The ten saw the obstacles, and no way through them. The two saw the same obstacles, but had a broader vision that included God keeping His promises and helping them take the land. The man on the left represents the ten spies. The man on the right represents the two. Because the people believed the ten, they all spent forty more years wandering in the wilderness until all the adults had died, except Joshua and Caleb, the two who believed, and Moses. After Moses’ death God appointed Joshua to lead them into the Promised Land! (read this story in the first six chapters of the book of Joshua)

In this new year, I want to look beyond as well, to see obstacles as opportunities to trust God more, but that doesn’t mean sitting back and watching. He gives us tasks and some might not make sense (Joshua 6:1-5), but the Lord will do His part.

He doesn’t do things the same way every time, so avoid rut thinking. God did not have them take every city by marching around it once a day for six days and seven times on the seventh. Most of the time, they had to march in and take it with strategies and weapons like regular wars - but no matter how it was done, when they sought the Lord, He helped them succeed.