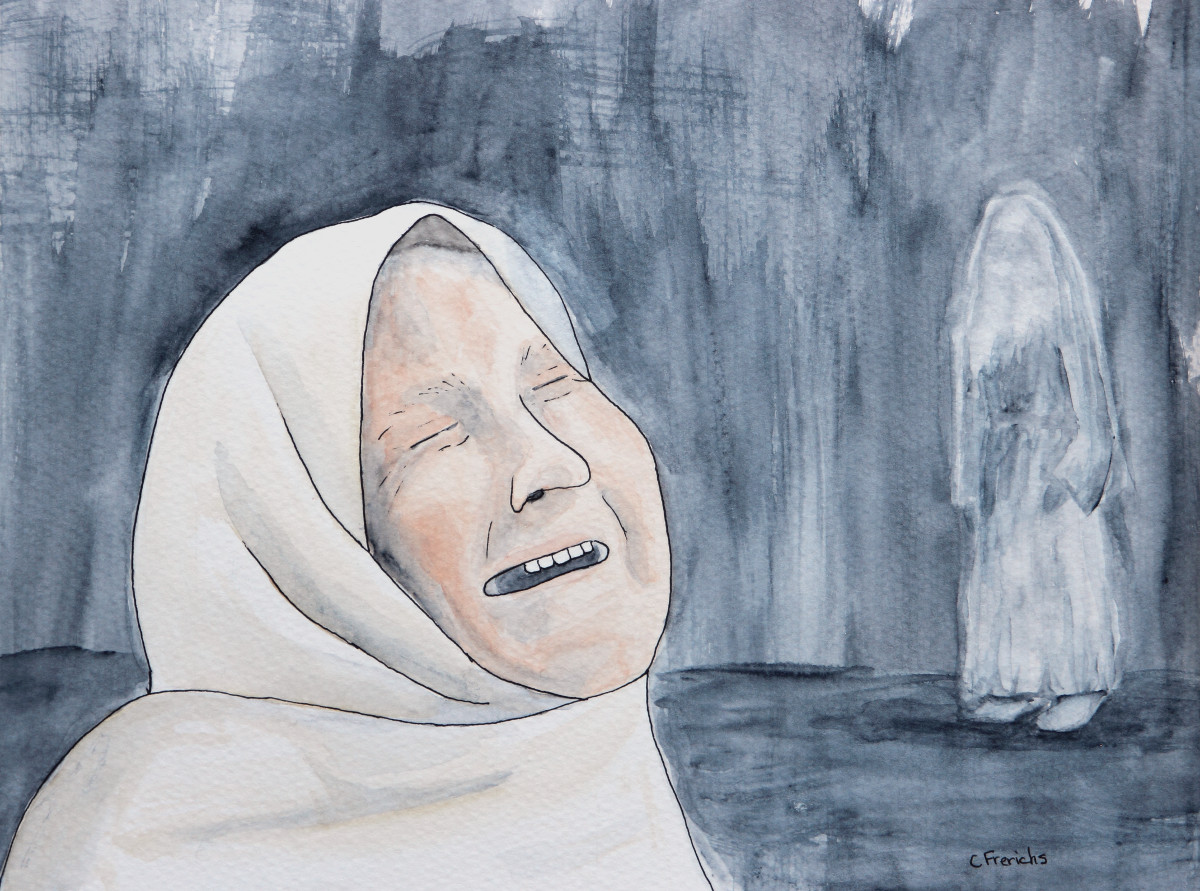 I wanted to try a portrait, so I painted Hannah. I could have painted David and Goliath instead for this name of God. It’s the second portrait I’ve ever done in watercolor.

Elkanah had two wives. One had children, but Hannah was childless. She was the favored wife, but she still wanted a child. The other wife would provoke Hannah because of her barrenness.

One time when they went to offer sacrifices at the tabernacle, Hannah prayed for a child. Verse 11 says that she prayed to the Lord of Hosts. He is the One we can run to when there is no other help, at least that we can see. He is able to help us in our greatest extremity. She prayed so fervently that Eli the priest thought she was drunk. She explained that she was not but had a broken heart and was pouring out her heart to the Lord. The Lord of Hosts answered her prayer and the following year, she had a son, Samuel.

In a more familiar story, David fought Goliath in the name of the Lord of Hosts. Read about it in 1 Samuel 17:42-47.