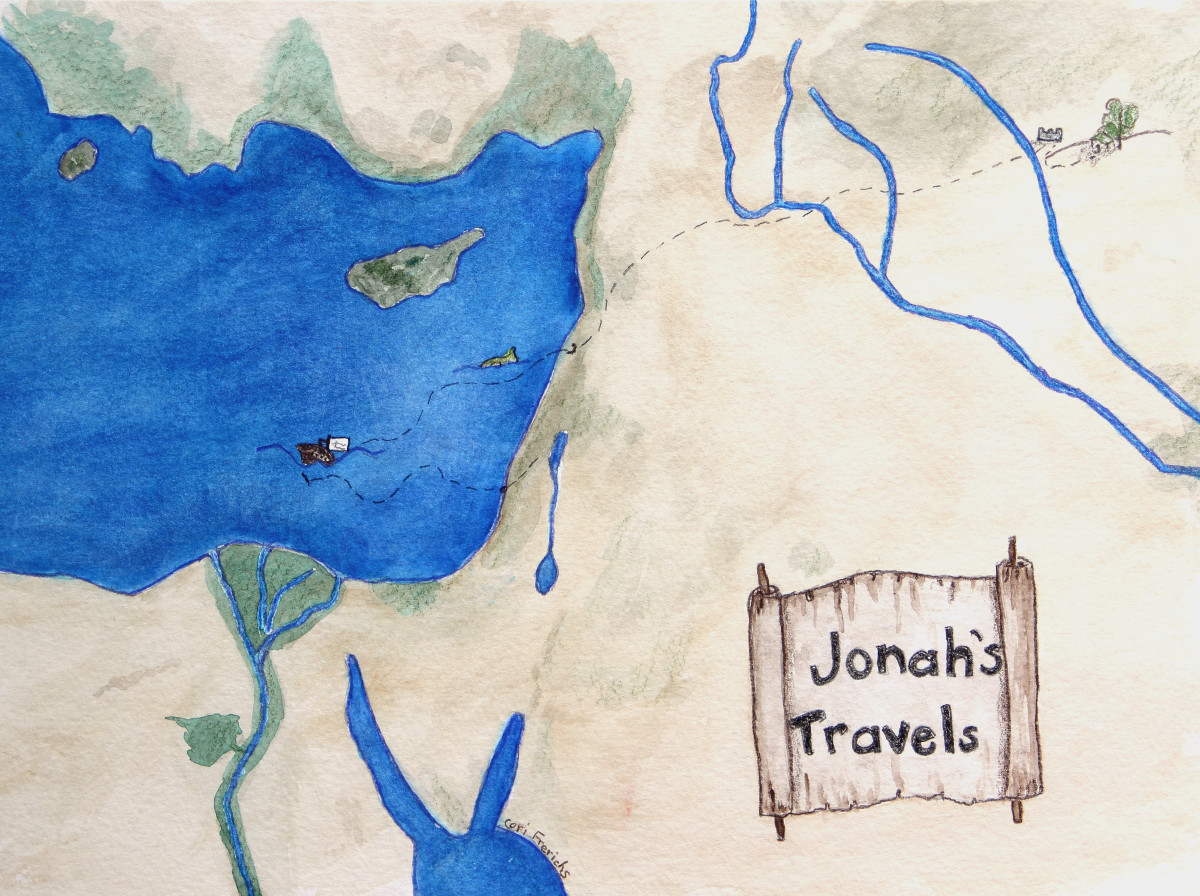 In the thought with the Hall of Fame of Faith painting, I mentioned my difficulty when it became apparent that we would not be moving back to our home state after my husband’s service in the Air Force. At the time, I had what I now call my ‘Jonah Experience’, so I decided to try to paint something to go along with that.

My husband suggested I paint the view from inside the fish, and make it all black! Clever thought, but instead I used the satellite image for the region and put the three main events from the book of Jonah on the approximate locations. It is not to scale, as should be apparent. To the main thought:

Jonah didn’t want to go to Nineveh because he knew that God is a gracious and compassionate God and would forgive the people there if they repented. This part of his prayer is in Jonah 4:2. They were a vicious people and had done horrible things so he didn’t want them forgiven. And of course, everyone from the king on down repented in sack cloth and ashes, and God relented from the calamity He had planned for them.

How this relates to my experience is that I wanted our children to grow up where we did, and I knew I would eventually grow content here. And that is exactly what happened! We don’t know if Jonah was able to move on or not, but I did when I realized that nowhere in this world is my true home anyway.

Notice it doesn’t matter how horrible the people had been, God was willing to forgive them when they turned to Him. Also note God can even use someone who is unwilling but obeying, like Jonah. Doing God’s will with a cheerful heart would have made Jonah feel better, however. Don’t like to admit it, but I have been able to relate to Jonah way too often in my life.