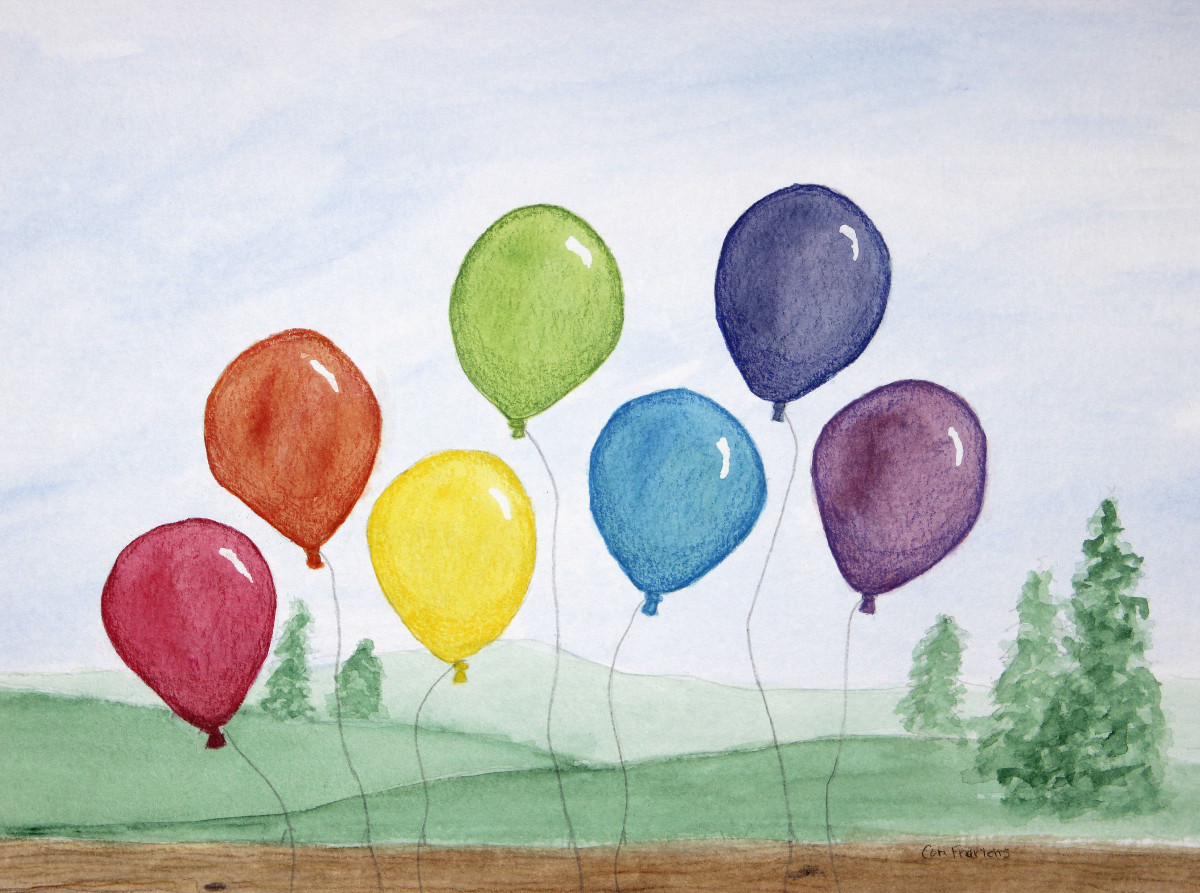 I felt it was important to anchor the balloons to something so they wouldn’t be just floating in the sky.  Maybe that comes from living on an Air Force Base for a couple years where I learned that balloons are hazards to the airplanes.

I chose rainbow colors because I like rainbows.  Most people do. What I like about them is the reminder of the first rainbow that God used to say He will never flood the entire earth again, as He promised in Genesis 9:13-16.